Austin is a communications specialist and a political journalist. He is the CEO & Founder of Ascendyn, an innovative communications consultancy based in New York City. Formerly, he was the Senior Content Manager, Social Media at National Review, and a William F. Buckley Fellow.

In 2018, Austin made Washington Examiner’s 30 Under 30 List for his work in the conservative movement. 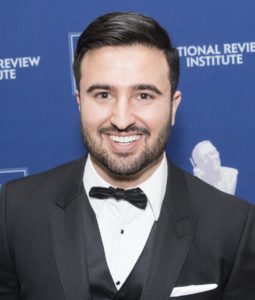 In college, he worked as a student reporter for the College Fix, a website devoted to higher-education news, and the UCSB Daily Nexus. He also interned at The Hill Newspaper in Washington, D.C. Many of his articles were featured in National Review, Fox News, and the Blaze.

In addition to reporting, Austin has studied abroad at the University of Cambridge, published two academic papers on 4Humanities.org, and graduated with distinction in political science upon completing his honors thesis, which examined the politicization of the Department of Justice’s Office of Legal Counsel. He was also an investigative intern at the Santa Barbara District Attorney’s Office, and a Sara T. Hermann Intern Scholar at Young America’s Foundation.